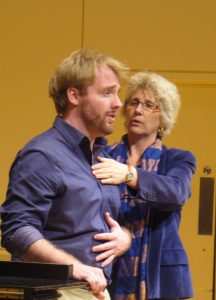 I have been teaching voice for over 25 years. My students have gone to New England Conservatory, Westminster Choir College, Ithaca College, Oberlin Conservatory and Carnegie-Mellon among others.  They have also been singing on regional and national musical theatre stages or in the local high school musical.  And some students sing in the local church choir or just want to sing at their cousin’s wedding. 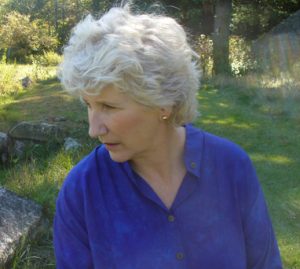 A native of Franconia, New Hampshire, soprano Victoria Cole made her debut as First Lady in Mozart’s Die Zauberflöte with Tri-Cities Opera in Binghamton New York.  As an apprentice artist with the company she sang many roles in such operas as Rigoletto, Romeo et Juliette, Lakme,  Il Trittico of Puccini and Hansel and Gretel.  She sang the role of Lady Billows in Benjamin Brittten’s Albert Herring at Duquesne Opera Theatre and at Carnegie-Mellon University.  She has also appeared with the Pittsburgh Opera Chorus.  In some oratorio highlights, she sang St. Elizabeth in Honegger’s Jeanne d’Arc au Bucher with the Berkshire Choral Festival under the baton of Robert Page and sharing the stage with Claire Bloom. She was soprano soloist in Mozart’s Coronation Mass with Pittsburgh Festival Orchestra and Messiah  and Vivaldi Gloria with Edgewood Symphony. Most recently she appeared in recitals at Wolfeboro Friends of Music and St. Paul’s Episcopal Church, Lancaster with her regular collaborator, pianist Sergey Marchukov. In addition to degrees from Bryn Mawr College and Cornell University, Ms. Cole holds the Masters of Music in Vocal Performance from Carnegie-Mellon University where she was a student of Mimi Lerner.